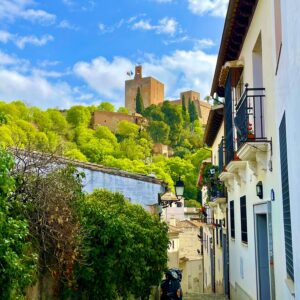 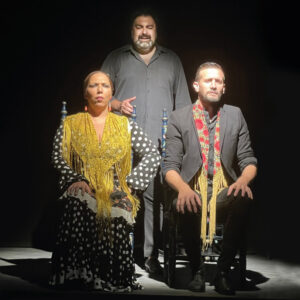 Flamenco show at Casa Ana, Granada €20.00
This tour has expired

LGTBIQ+ or Queer Tour of Granada

It is a tour of Granada that deals with historical LGTBIQ+ celebrities, mariliendres and liberals who fought for the rights of the Queer collective of Granada.

In this walking tour through the historic center of Granada, we are contrasting ancient history and culture with the modern era, to show the LGTBIQ struggle in this world, that apparently there is not so much difference between 100 years ago and today.

We will be able to see in this tour the social evolution, and how over the centuries different sexualities, genders and sexual orientations have been present, and that at that time these concepts did not even exist.

A tour with the intention of emphasizing the need for social inclusion, the vulnerability in which they develop, survival and respect for everyone. Fighting for freedom of expression and our rights while enjoying a Tour in our beloved Lorca Granada.

What does the LGTBIQ Tour of Granada consist of?

We start the LGTBIQ tour from Plaza Nueva, in this guided tour we will comment on different historical figures related to the stops, for example talking about sultans with homosexual or bisexual tendencies, about the lesbian sultanas locked up in those palaces; and of course, it will be practically obligatory to talk about our beloved Federico García Lorca and his most liberal reference; Mariana de Pineda. We will talk about the price of that fight for freedom and the power of being who they really were. In addition to great artists from the Generation of 27 who visited the city, for example Salvador Dalí, and foreign artists who had great experiences in Granada, such as the English writer Virginia Wolf, we will not be short of explaining trans and intersex history, see to our famous Granadine Elena/Eleno Céspedes, or Agustina la Zapatera.

We can also talk about the family of the Catholic Monarchs where there was also a great hidden diversity and these topics were taboo.

A tour with great sauces, history, emotions that explain the change in the city of Granada that achieves the wonderful diversity that we have today.

The meeting point will be at Plaza Nueva.

¿What does the Queer Guided Tour of Granada include?